In 9 countries, our partners started to scale our new empowerment model. We finalised the pilots of our model for young people in four countries, including substantial research: the results are positive and lessons learned have been integrated in an updated franchise offer, start-up package and Journey4Life 2.0. The core design of our youth empowerment model and social franchise still stands.

In 2018, we have transitioned our existing network of partners into franchisees, and recruited four new franchisees. With them we co-created 10 different versions of the Journey4Life.

The empowerment model is making a real change

First evaluations show our empowerment model is making real changes for young people. They have more confidence regarding their sexual relationships. For example, in Nepal, gender equal attitudes between boys and girls increased by 31%, in Tanzania, 32% more young people have been tested for HIV and in Ghana 11% more young people are willing to use condoms.

93% decrease of school drop out related to child marriages

We finalised our three-year programme “Save the Date” in Nepal (funded by The Dutch Postcode Lottery) aimed at raising awareness and ultimately reducing the incidences of child marriages. Over three years we reached almost 87,000 people in Nepal. Key results include: a 35% increase in students’ knowledge about their sexual health rights and a 93% (!) decrease of school drop out related to child marriages.

21 Trainers4Life ready to train hundreds of other trainers

We currently have 21 Trainers4Life ready to train hundreds of other trainers around the world. We learned these trainers benefit from our online Academy that we are hoping to expand in 2019 and onwards.

We were out there: Our positioning as thought leader on empowerment and sexual health is getting stronger. We are increasingly recognised as frontrunner by funders, potential franchisees and important stakeholders like UN agencies.

We have professionalised: Dance4Life is now ISO and Partos 9001 certified, CBF-accredited, GDPR-proof and substantially improved on integrity with our Safeguarding Young People Policy and Toolkit.

We have reached over 11,500 Dutch students through our Schools4Life programme. Schools, students and funders asked us to re-focus the program on sexual intimidation in the Netherlands to increase our relevance.

We had a change in Leadership. Eveline Aendekerk handed over her role as Executive Director to Jael van der Heijden after eleven amazing years at Dance4Life making impact for youngsters around the world. With Anika de Groot (new Director Fundraising & Communications) joining in July 2018, the Leadership team is excited about the next phase of Dance4Life. We will start capitalising on our energising brand, build sustainable collaborations, ensure financial stability and ensure a happy team.

One in four people on our earth are between 10 to 24 years old. The biggest youth population ever. We need to invest in this group and garner the active participation of young people who can bring the social and economic progress we so badly need.

However, far too many young people are unable to reach their full potential. Extreme poverty, inequality or lack of information holds them back. In the face of uncertainty and insecurity, young people are less likely to practice healthy and safe sex, have stable relationships or make informed decisions about if and when to have children.

In 2018, Dance4Life worked in 14 countries across Africa, Asia, Europe and North America.

Together with our partners we reached 60.602 young people in 2018. In total 51.344 of the young people became active as Agents4Change. 25.927 went through our 4-step model, 13.928 participated in our Journey4Life program and 11.489 were reached by the Dutch schools program. As on average each Agent4Change shares what they have learned with 5 other people, we indirectly reached around 256.720 individuals in 2018. Since 2004 more than 2.2 million young people have participated in the Dance4Life programme, and 965.986 became Agents4Change, leading to an indirect reach of 4.829.930 million young people in total.

2.235.135 million young people have participated in the Dance4Life programme, and 965.986 became Agents4Change 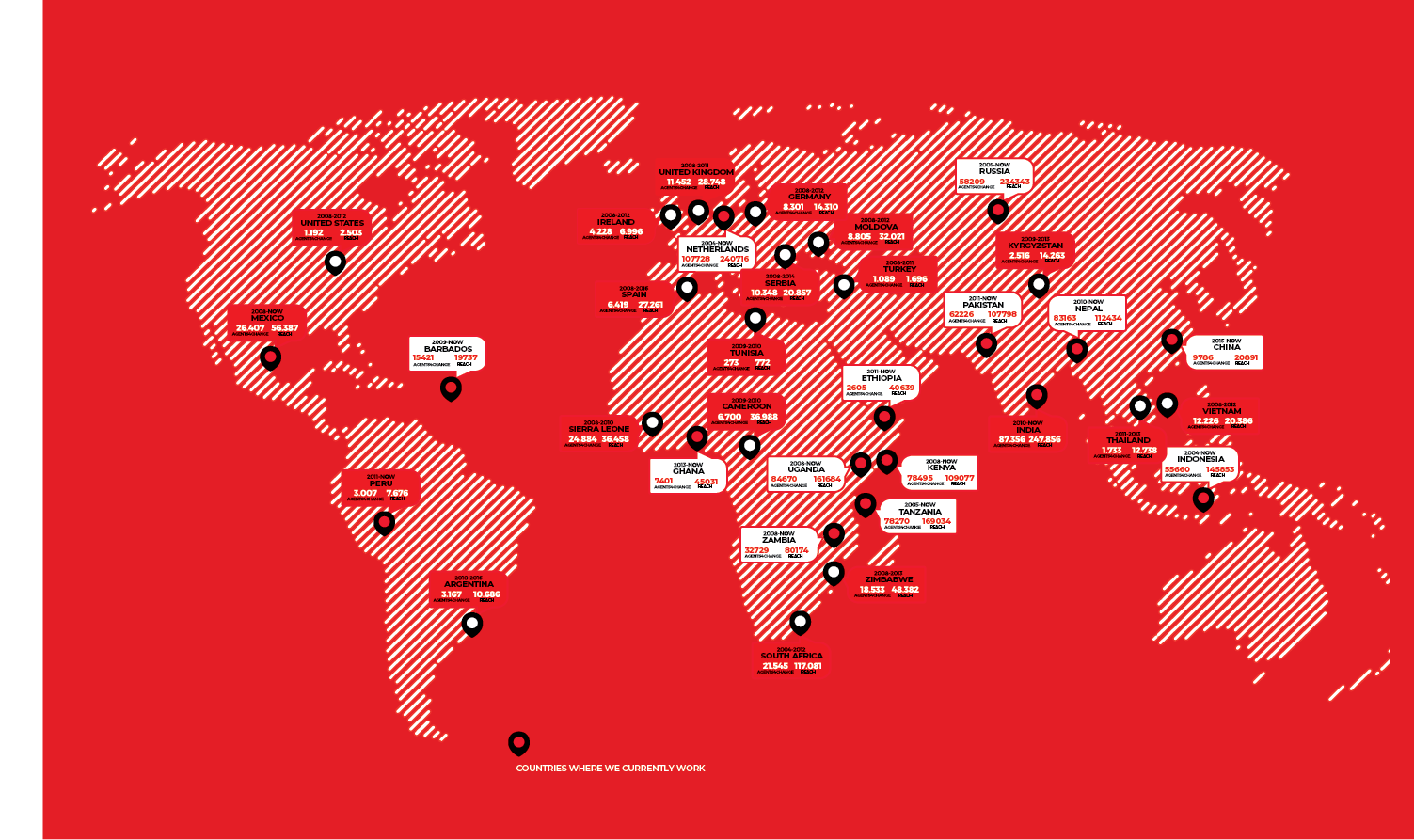 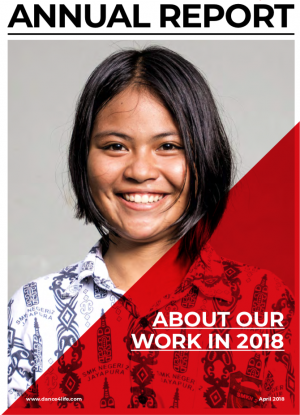 Read everything about our work in 2018 in our Annual Report