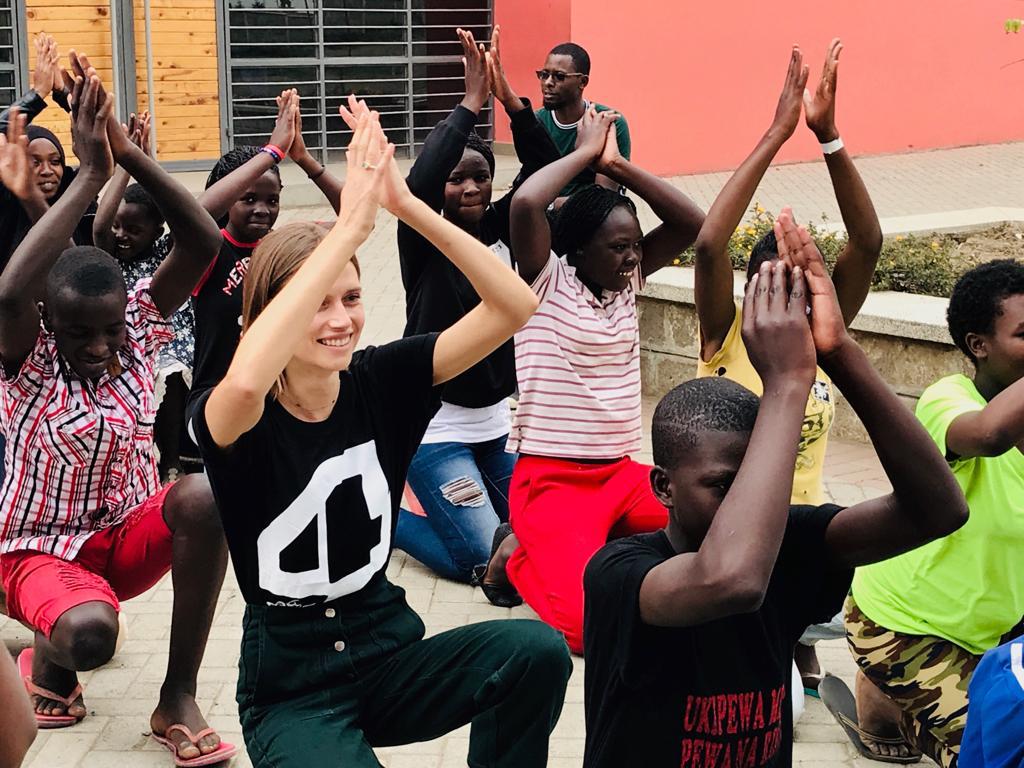 Are you curious about what Dance4Life achieved in the year 2018? Read it in this article: we proudly present the highlights of 2018, with the greatest one being our reach of 300,000 young people worldwide.

In 2018, 40,000 young people in several countries around the world have been empowered to make safe and healthy choices about sex and relationships, and 10,000 in the Netherlands. Together they have again inspired 250,000 further young people to discuss sex in their environment.

Action!
Of course, we do not reach many young people just like that. This result is made possible by thousands of donations and volunteers. For example, 34 runners ran the New York Marathon for Dance4Life, resulting in a donation of 175,000 euros. And thanks to our Friends, we raised 325,000 euros with Dance4Life’s Funky Fundraiser at the Hallen Studios in Amsterdam.

In addition, 11,500 young people in more than 50 secondary schools in The Netherlands were inspired to take action this year. With fundraising ideas such as selling cupcakes, going for a week ‘offline’ and organizing a school party, youngsters collected no less than 65,958 euros. Ambassador Marije Zuurveld, a well-known YouTuber, was able to motivate young people with fun Instagram videos about taking action.

Media attention
2018 was a particularly good year for PR for Dance4Life: in June we achieved a lot of press – in newspapers and magazines, but also on social media – with our campaign #Idecide4myself. This campaign was all about making sex an open conversation among young people. With this we reached more than 11 million readers.

At the same time, our former ambassador Doutzen Kroes handed over the baton to our new ambassador: top model Cato van Ee, who in interviews discussed the #Idecide4myself campagin and also spoke openly about her passion for safe sex. With this event we reached over 40 million readers, which of course benefited the visibility of our work.

Strategic partnerships
In 2018 Dance4Life was an active partner in two alliances: Get Up Speak Out (GUSO) and Right Here Right Now (RHRN). For RHRN Dance4Life facilitated five trainings for 21 organizations in Nepal, Bangladesh and Pakistan in the field of campaigning and creating a communication strategy for their advocacy goals. In addition, we developed communication toolkits in three languages: English, French and Spanish. Within GUSO Dance4Life trained partners in Pakistan, Indonesia, Kenya and Ghana in the Journey4Life, in order to increase the impact of the program.

Impact
In 2018, we evaluated the results Dance4Life Empowerment Model and our social franchise approach in Russia, Nepal, Ghana and Tanzania. This evaluation shows that the Journey4Life has a positive impact on the lives of young people! In all countries young people have more confidence in their sexual relationships, the number of young people in Nepal with gender equal attitudes increased by 31 percent and in Tanzania 32 percent more young people tested for HIV.

Growth
In 2018, the Trainers4Life community grew to 21 trainers. They succeeded in empowering hundreds of Champions4Life in their countries and regions. Also 7 new organizations joined us, resulting in a total of 10 active franchises. In 2018, our Empowerment Model enabled us to reach more than 300,000 young people worldwide.

On our way to reaching the 5 million young people in 2030, who can make healthy choices in terms of sex and relationships based on self-confidence!