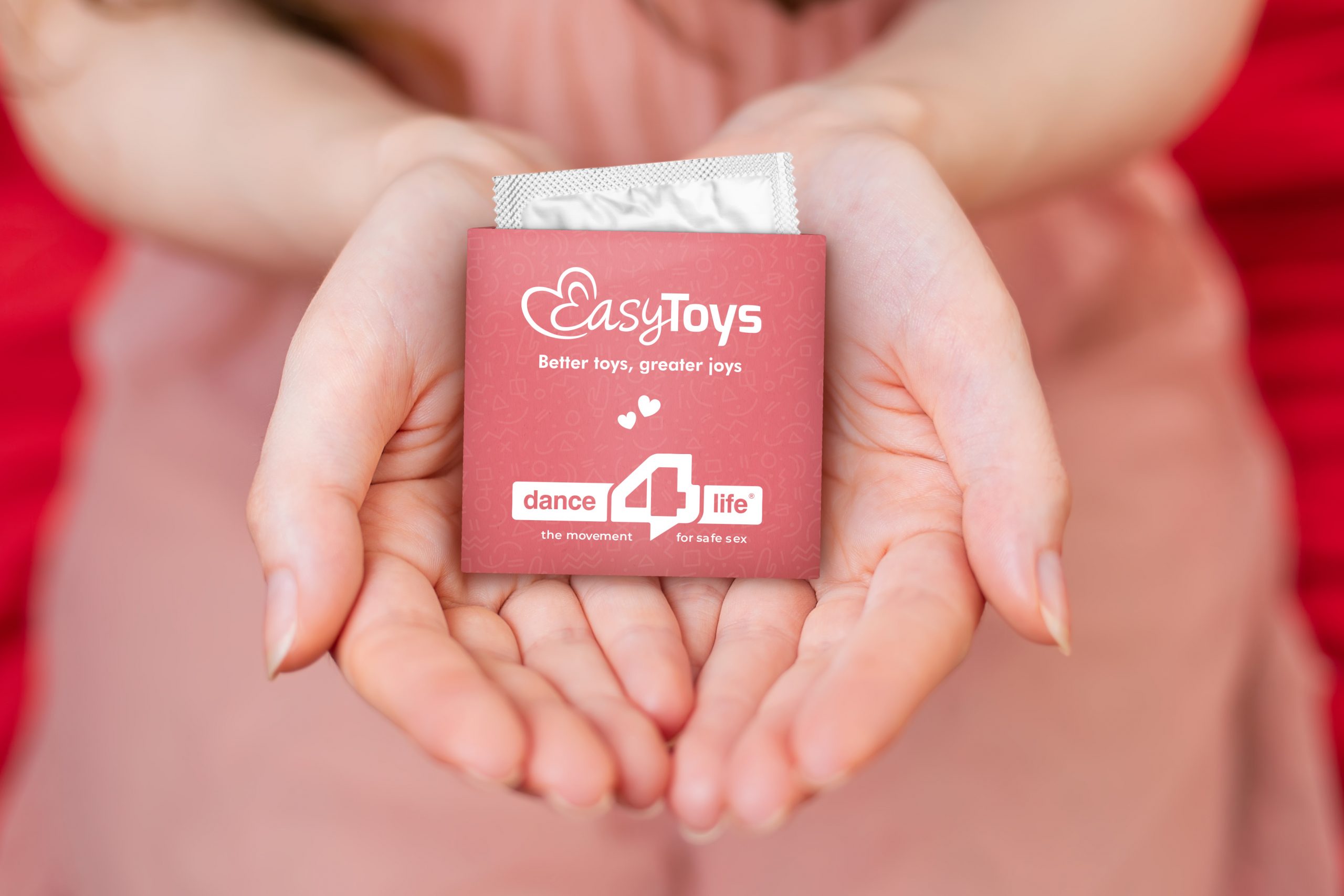 With a financial sponsorship and 20,000 free condoms, EasyToys will start a collaboration with Dance4Life on the Dutch market in 2021. The aim of the partnership is to break taboos around sexuality and to help young people have a safe and pleasant sex life. With the 20,000 condoms and informative campaigns, the two parties want to put the sexual health of Dutch young people on the agenda.

2020 was a successful year for EasyToys: record sales of around 65 million were achieved and brand awareness grew rapidly. Due to counter-pressure from the KNVB – the official Dutch Soccer Association – the shirt sponsorship deal with football club FC Emmen became a much-discussed topic in the media. “It is shocking that in this age sexuality is still a controversial topic,” said EasyToys CEO Eric Idema. “And that while our toys are in two out of the four Dutch households. We are therefore happy to take on the role of starting the much-needed conversation about this topic by being the platform, in addition to being a webshop, where you can go with questions about “sexual wellness”, love and relationships. A sponsorship collaboration with a good cause that focuses on safe sex is therefore perfectly in line with this. ”

Why is this collaboration so important?
Research shows that the number of young people who talk to parents or friends about sexuality has decreased in recent years. A majority of young people say that they have received little or no information about sexual violence, sexual diversity, sexual pleasure and sex in the media. Both Dance4Life and EasyToys are committed by, among other things, inspiring and educational campaigns to normalize the conversation about sexuality.

There is no intention to promote sex toys to adolescents with this partnership, but the focus is entirely on encouraging an open, honest and much needed discussion about sex, sexuality and pleasure among young people.