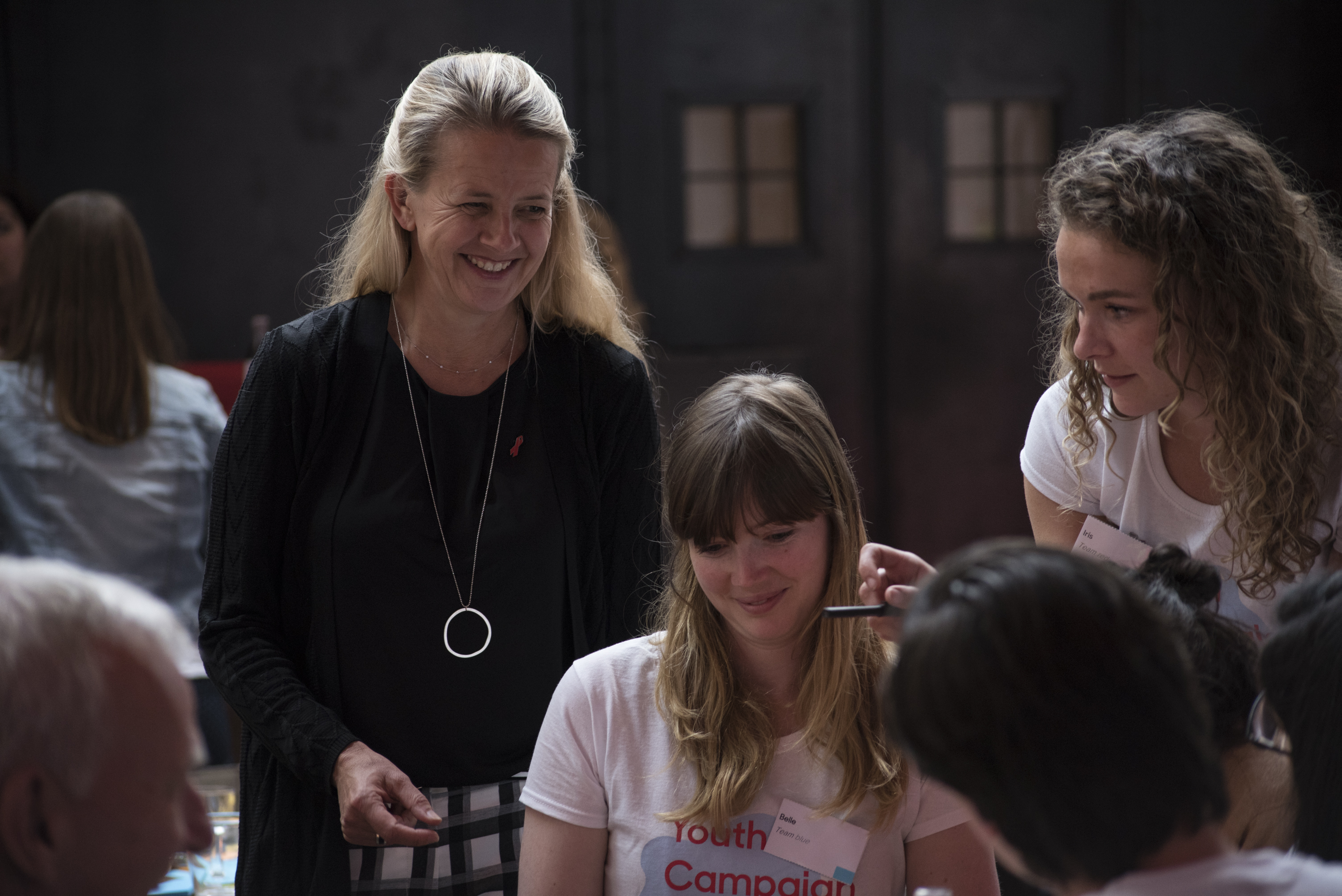 The 12-hour marathon workshop ‘Youth Campaign Lab’ powered by Amsterdam Youth Force and Dance4Life has been a huge success. Young participants generated great ideas to demand attention for the ongoing AIDS epidemic. Near the end of the day prototypes of their ideas were presented to the Dutch princess Mabel Wisse Smit.

Youngsters kicked off the day motivated and ready to combat the fact that many people are not aware that still, every day, 5000 people are newly infected with HIV. Through the use of a ‘design-thinking process’ the young participants started a quest for new ideas putting their target audience at the front and center.

Young people know what change is needed
Mabel was very impressed by this type of creative process: “What I find special, is that through this process participants are thinking in a creative way about how to transfer this type of information effectively to a target audience.” Also of great importance to Mabel is that Dance4Life and the Amsterdam Youth Force are involving young people with the issue of AIDS: “HIV and AIDS are a huge problem among young people around the world. Of course, no one knows better how to reach young people than the young people themselves. The positive energy of these change makers was very enjoyable to see.”

The creative process in action
The Youth Campaign Lab process started with a discussion on HIV/AIDS with Yvonne Euverman, Policy Officer Health and AIDS Division at the Dutch Ministry of Foreign Affairs. Next, young participants formulated in groups what problem they see as key to tackling AIDS among young people. Also they discussed what assumptions they have about this problem. Through Skype conversations with groups in Ukraine, Kenya, Brazil, and conversations with people on the streets of Amsterdam, the participants were able to generate insights for their campaign.

The campaign combats the idea that ‘young people do not know what is good for them’. The day resulted in a number of very inspiring campaign ideas. One of them was to make a video series of people speaking to their younger selves about, for example, the risks of unprotected sex. A second idea was to attach tags with personal stories on popular global products, like Coca Cola bottles. Via these stories we could with  ask attention for the issues that are still at play today.

This hugely inspiring day has been a great kick-off for the International AIDS Conference this July in Amsterdam. Keep an eye on our social media channels for more news about this event!

For a snapshot of the day check out the video below: