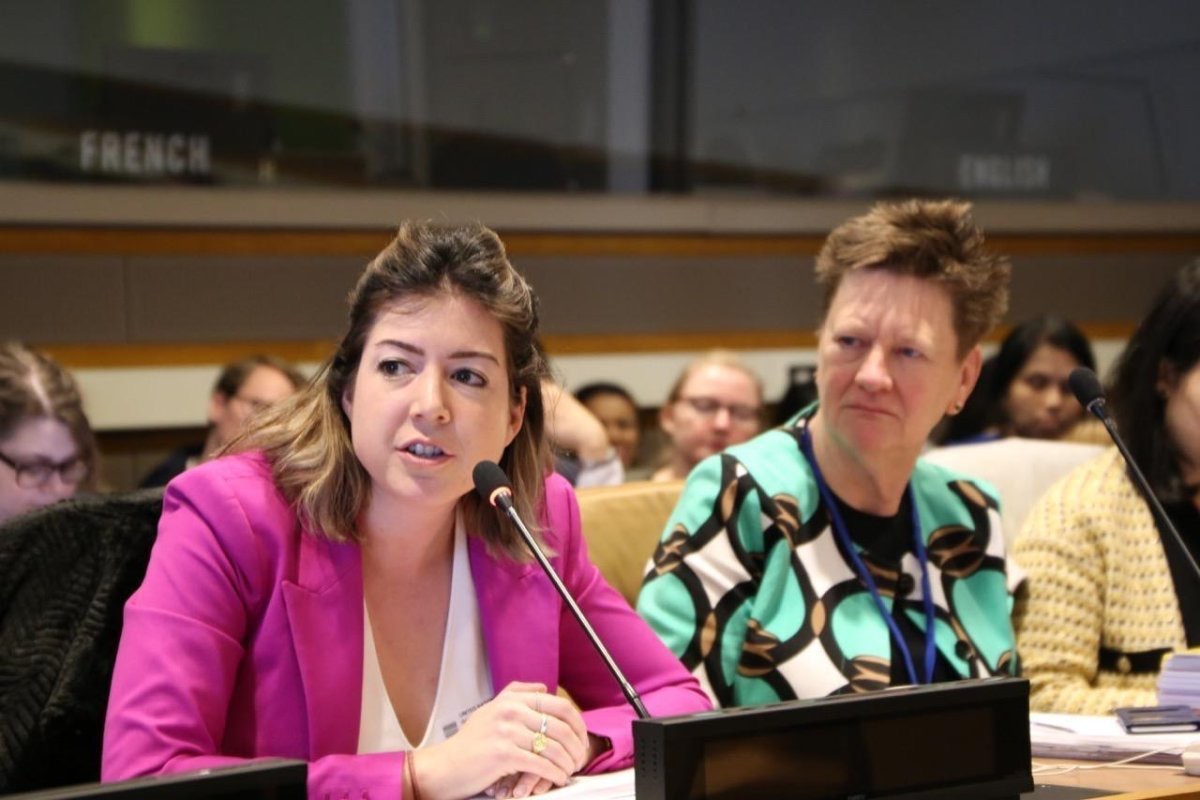 In April, our colleague Robin Smeets attended the Conference on Population and Development (CPD) at the UN Headquarters in New York. Participants celebrated the adoption of a Political Declaration towards achieving sexual and reproductive health and rights, and a successful side-event with young advocates. Advocates from Nepal, Kenya and Guyana talked about SRHR issues in their own countries, and how these affect their communities and their country.

Issues still urgent and relevant
During the 52nd session of the Conference on Population and Development (CPD), happening in New York from 1-5 April this year, a Political Declaration was adopted by the member states. This means that member states will continue and strengthen their efforts to achieve the goals that are set in the so-called ‘Program of Action of the CPD’. This Program of Action was adopted in Cairo in 1994, and contained a new progressive vision on the relationship between population, development and individual well-being. 179 countries adopted this forward-looking program, which is seen as a guide to development with a focus on the rights of individuals. Furthermore, the CPD Program of Action is unique in its recognition that reproductive health and rights, as well as women’s empowerment and gender equality, are key topics when we talk about population and development.

Focus on young people and a positive flow
The Right Here Right Now (RHRN) network, in which Dance4Life is a partner, was very pleased with the outcome of a Political Declaration. Reason for happiness is that the Program of Action – unlike any other international political document –  emphasizes the need for sexual and reproductive health and rights of young people. The Right Here Right Now (RHRN) network consists of eleven countries working on national and international advocacy with a focus on young people. The advocates from the RHRN network can now use the Political Declaration to actively approach their government to invest in, for example, comprehensive sexuality education, or to ensure safe and legal abortion. The ultimate goal of the Program of Action is that people are able to have a satisfying and safe sex life and that they have the capability to reproduce and the freedom to decide if, when and how often to do so. In order to achieve that, still a lot of work needs to be done. But with such a motivated, dedicated and experienced group of people around the world, it will happen.

Stories from Nepal, Kenya and Guyana
Besides this achievement, Dance4Life is also very proud of the youth advocates that shared their stories during the RHRN side-event. Advocates from Nepal, Kenya and Guyana talked about Sexual and Reproductive Health and Rights (SRHR) issues in their own countries, and about how these issues affect their communities and their country. These personal stories and a call to invest in young people, together with the launch of the ICPD+25 report, was the basis of the side-event. During this event meaningful youth participation was not only preached, but also practiced. It moved the people that were present, including the Chair of CPD who complemented our speakers.