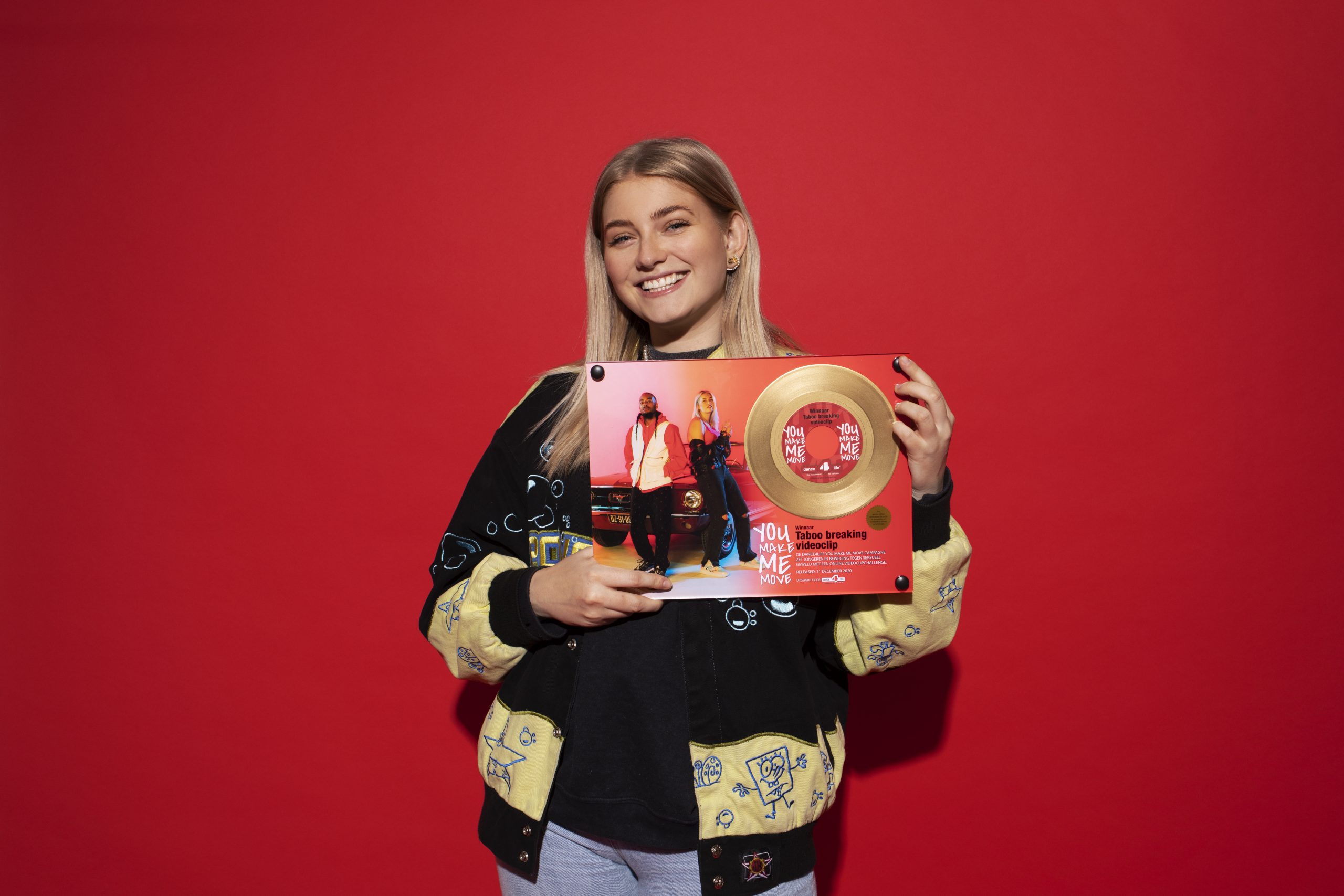 Over 850.000 Dutch youngsters participated in the Dance4Life campaign YOU MAKE ME MOVE. Together with famous influencers Kenzo Alvares and Marije Zuurveld they created two taboo breaking video clips on sexual harassment. The songs have been added in several popular Dutch playlists and have been played 150.000 times on Spotify! The campaign stimulates young people to think in a playful way about their own wishes and boundaries in the field of sexuality.

Instagram polls
The unique aspect of this campaign is the high engagement with the youngsters. Dance4Life received 25.000 responses from young people on the Instagram polls about boundaries and wishes. An example of a poll is: ‘Having sex for the first time with someone you have feelings for’ (91% voted for wish and 9% for boundary). These polls were used to encourage young people to think about their personal wishes and boundaries, but were also used by our ambassadors to make a video clip together with youngsters within 24 hours. By voting, young people determined the story of the video clip, the beat and the dance.

Winning video clip
The award for most taboo breaking video clip has been won by Marije Zuurveld: “I have also experienced someone crossing my boundary at a party, just like the girl in the story of my video clip. I hope that young people feel empowered by this powerful number and find the strength to seek for help.”

Why is this campaign so necessary?
One in three girls and one in five boys in the Netherlands experiences sexual harassment before their eighteenth birthday (Rutgers, 2017). Sexual harassment against youngsters is often being committed by peers (Nationaal Rapporteur, 2019). It is therefore necessary to reduce sexually harassment among young people. Dance4Life successfully contributes to this by making young people part of this campaign and to start the conversation about wishes and boundaries.