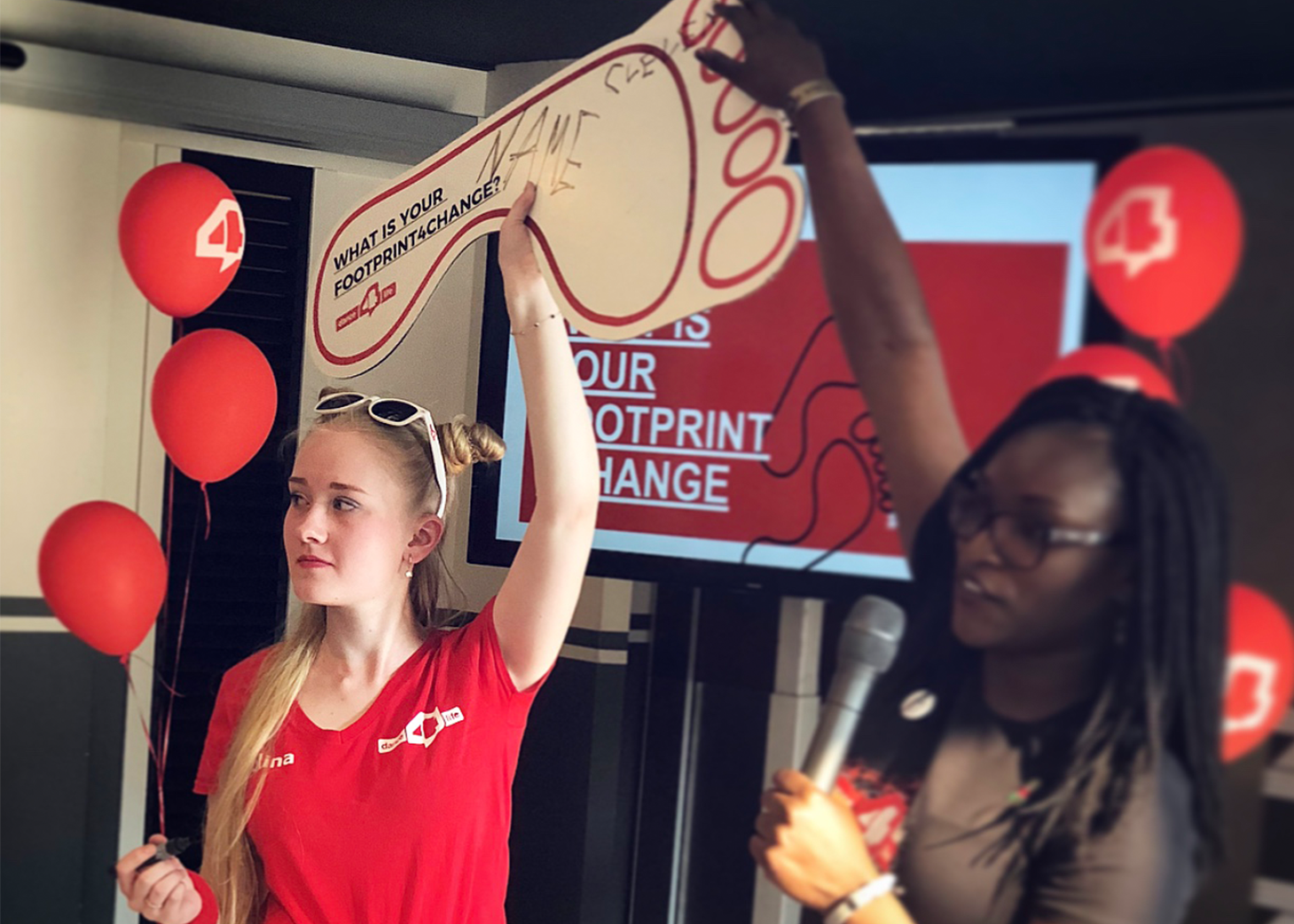 Polina Pomosova (22) is a passionate Trainer4Life from Russia, where the HIV and AIDS epidemic is currently worsening. Polina dreams of a Russia where people understand what it is like to have HIV and where they don’t discriminate infected people.

Last year UNAIDS concluded that 2 million people in Russia are infected with HIV. Polina does not know if someone close to her is infected: “There is a really big taboo on the topic. For my friends and family it’s not normal to discuss it. I only had a conversation about it with my colleagues, because we did a test together.” Before Polina met someone with HIV, it never played any role in her life. “I felt like a clean sheet, until the day I volunteered three years ago at an orphanage for children with HIV. It touched me deeply.”

The children didn’t feel save
“These children were so wise for their age. They understood very well that they were ill, and had already accepted it, without the support that adults normally receive for this process. The biggest problem was that they didn’t feel save. They asked me: ‘Why do people don’t like me? Why don’t they want to be my friend? Why do they see me as a victim?’ I then realized how big society’s misunderstanding is about this problem.”

Teens discriminate more
“I began working for Dance4Life and gave workshops to teenagers. Working with young people gives me a different feeling. Helping them feels better, because they usually don’t have enough power and possibilities to reach out for help. Their stories also move me more. You would never believe how hard teens can be towards each other. Peers do discriminate a lot, unfortunately.”

Polina’s footprint
Part of the Dance4Life program is the Footprint exercise. It makes you think about what you leave behind in this world. Polina is working on her footprint every day: “I see what the problems are in Russia and with my work for Dance4Life I try to make small changes. There is a lot of social fear for HIV, because people don’t understand what it is and what it’s like to have it. Otherwise they would not discriminate them that much… My dream is to take away that fear, and that HIV and AIDS no longer affect the lives of so many young people.”